In 2015, a team of scientists led by the Charles Darwin Research Station and the University of Rhode Island aboard E/V Nautilus made a surprising discovery while exploring the seafloor northwest of the Galapagos Islands. Groups of skate egg cases were observed near hydrothermal vents emitting volcanically-heated fluids!

Researchers believe the warmer water helps to incubate and speed development of the embryos--the first time this behavior has been observed in marine animals. The Bathyraja spinosissima, commonly known as Pacific white skate, is a relative of sharks and rays.

Analyzing video surveys taken by ROVs Hercules and Argus, the research team also determined that most egg cases were placed closest to "black smoker" chimneys spewing superheated chemical fluids--one of the hottest types of seafloor vents. As one of the deepest living skate species, this species is rarely seen but has been documented from the Galapagos Islands to the Pacific Northwest. 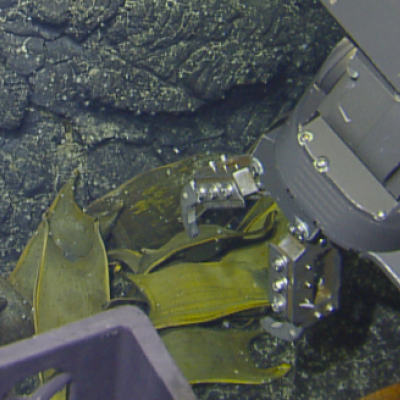 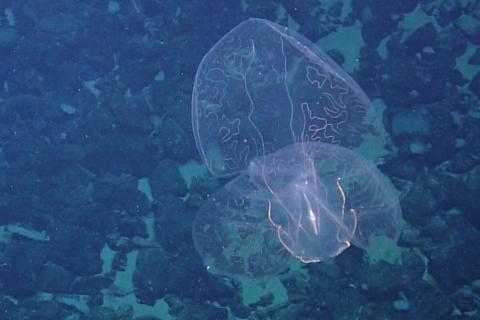 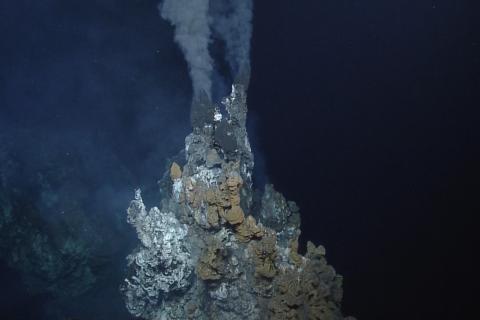 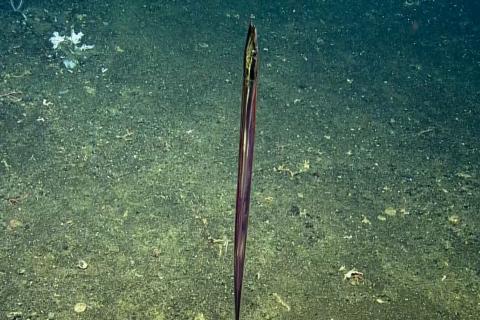