On this expedition from July 31-August 4, 2017, we are coupling exploration of the central California coast with the testing of a new and exciting deep sea microbial and chemical sensor and sampler as part of the first deep sea wireless observatory. Lead Scientist Dr. Pete Girguis of Harvard University is leading the development of the Autonomous Biogeochemical instrument for In Situ Studies (ABISS), which is an “open design” autonomous vehicle lander (AVL) that collects samples and data to study relationships between microbial diversity and geochemistry. During this expedition, components of the ABISS system will be tested, including a lander system that will be deployed with a camera, LED lighting system and a unique laser-based communications system. Research partners for this expedition include Harvard University, working with Woods Hole Oceanographic Institution and funded by National Aeronautics and Space Administration (NASA).

This expedition will also host six educators from California, Louisiana, Texas, and Illinois participating in the 2017 Nautilus Ambassador Program, which aims to provide real-world experiences in science, technology, engineering and mathematics (STEM) for educators that will ultimately impact their students and home communities. This cruise offers researchers the opportunity to collaborate with educators in sharing advances in ocean technology with the K12 community and broader public.

E/V Nautilus will move north along Central California’s shoreline, renowned for natural rugged beauty that parallels underwater features. In the deep waters off the coast, numerous submarine canyons cross-cut the continental slope, some of which feature exposed canyon walls rich in methane and other chemicals that support unique microbial and animal communities. Sediments carried by longshore currents also often end up in these canyons, transporting organic matter into the deep sea. As such, distinct filter-feeding communities such as deep-sea corals can be abundant in these canyons.

Key features of this region potentially include: deep-sea corals and other 3-D benthic habitats, tectonic activity, hydrocarbon repositories, chemosynthetic ecosystems, and anthropogenic impacts from agricultural runoff and associated activities. One component of this expedition will be to explore and sample unusual and novel features, fauna, sediments and authigenic rocks to expand our knowledge of the canyons off Central California.

The southern extent of California’s central coast is also home to well-developed oxygen minimum zones, as well as anoxic basins such as the Santa Barbara Basin (or SBB). The SBB is located between the Santa Barbara coastline and the Channel Islands. Extreme hypoxia (meaning there’s also no oxygen present) develops in the deep center of the basin, which means this ecosystem is dominated solely by microbes. This basin offers an opportunity to study what Earth’s ocean was like in past, not only because sediments are well preserved and harbor a record that goes back thousands of years, but also because Earth was a microbial world well before animals came onto the scene.

This diversity of habitats offers an opportunity to study the role that microbes play in supporting animal communities, as well as supporting the ocean’s “health”. Microbes are, unquestionably, the most critical members of our biosphere, making it habitable and productive. However, our understanding of what microbes are doing--meaning their metabolic activity and the degree to which they influence ocean chemistry--remains in its infancy. This expedition will include launching and testing a new deep sea microbial and chemical sensor and sampler to study microbial processes in low-oxygen environments.

Returning to the “Yellow Brick Road”

In 2015 and 2016, several dives were conducted with ROV Hercules south of Point Dume, off Malibu, California, that confirmed the existence of seeps hosting bacterial mats, clam beds, and small chimneys. Bright orange bacterial mats were observed, giving this site the nickname of the “Yellow Brick Road.” These bacterial mats are presumed to be sulfide or methane oxidizers, capable of processing these chemical compounds into nutritious organic matter through chemosynthesis. Other organisms surveyed in this unique ecosystem included polychaete worms, clams, sponges, crabs, anemones, and several species of fish including dover sole, thornyheads, and filetail catsharks. This extensive seep ecosystem near the Point Dume hydrocarbon seeps makes it an ideal candidate for launching the ABISS lander system to collect samples and data that will help researchers understand microbial processes in low-oxygen environments. 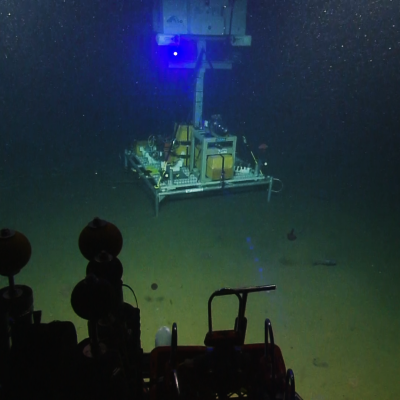 E/V Nautilus will move north along Central California’s shoreline, renowned for natural rugged beauty that parallels underwater features. In the deep waters off the coast, numerous submarine canyons cross-cut the continental slope, some of which feature exposed canyon walls rich in methane and other chemicals that support unique microbial and animal communities. 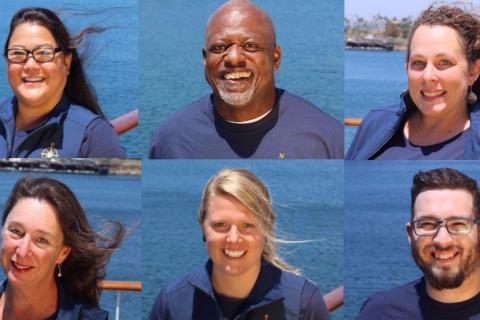 Welcoming Six 2017 Nautilus Ambassadors to the Corps of Exploration 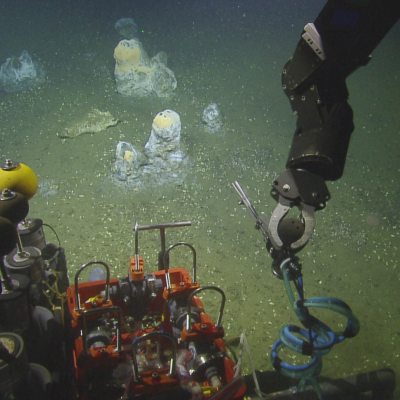 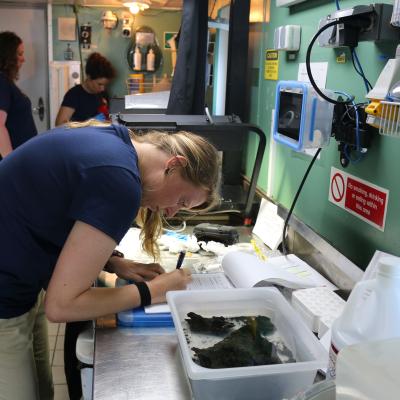 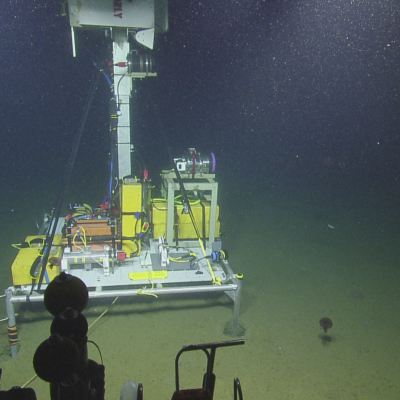 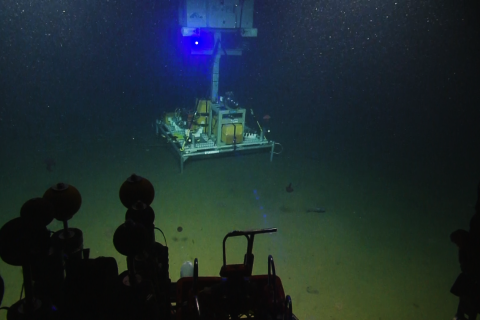