When a whale falls in the deep ocean, it’s a big deal. A whale carcass is a rare sight in the deep, and it introduces a lot of extra energy and material into the ecosystem that can support communities of life years after the whale has perished.

The opportunity to study such a site is a big deal as well. That’s why, in 2011, when a finback whale was struck and killed by a ship of the coast of southern California, researchers took action. The team, comprised of members from the Monterey Bay Aquarium Research Institute, Scripps Institution of Oceanography, the National Oceanographic and Atmospheric Association, Sea World, and Virgin Oceanic, mobilized to necropsy the whale, called Rosebud, and then move it out to sea. They towed it several miles off the coast of San Diego to La Jolla Canyon where they attached approximately seven tons of iron chain and steel scrap to overcome the whale’s buoyancy and sink it to the canyon’s bottom, several thousand feet below the ocean’s surface.

In the years since, research vessels operated by the Monterey Bay Aquarium Research Institute have returned to the site twice and discovered remarkable communities of life supported by the whale fall, perhaps most notably including the Osedax worm, a species that lives exclusively entrenched inside whale bones. The Osedax (latin for bone eater) rely on a symbiotic bacteria that allow them to digest the proteins and lipids of the whale bones for subsistence.

This season’s exploration trip by E/V Nautilus will provide a new entry in the timeline and study of the whale fall, observing which things have changed, which have stayed the same, and what entirely new developments Rosebud might have to offer. 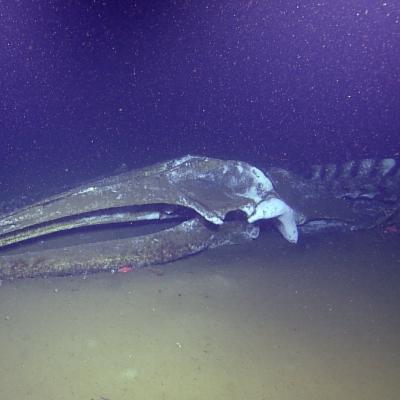 This cruise will explore the ocean floor in previously unstudied portions of the California Borderlands, offshore from some of the most tectonically active (as well as densely populated) areas of California, using a combination of high resolution multibeam mapping, sonar surveys and targeted ROV dives. 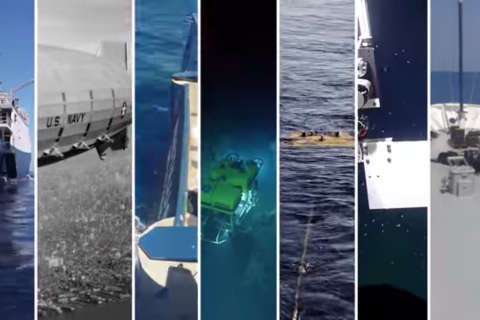 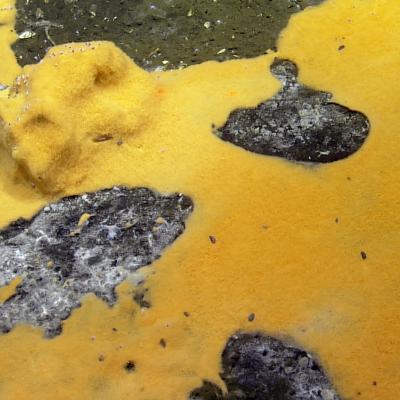 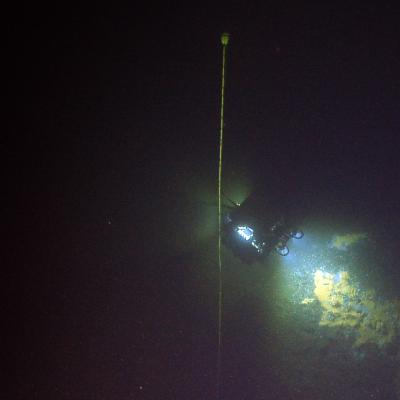 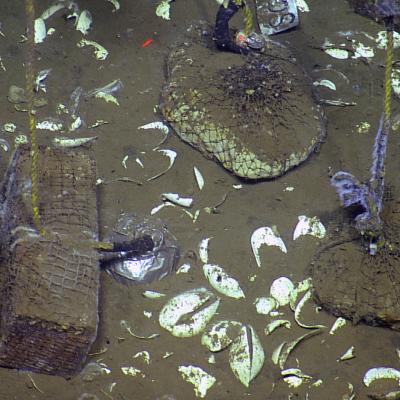 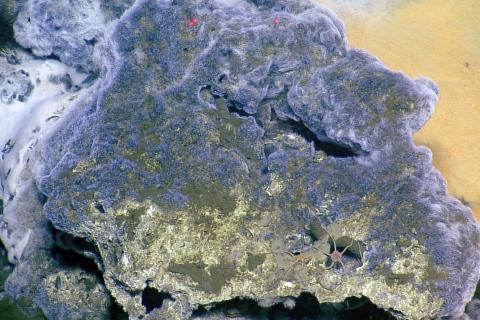 Sampling Multicolored Microbes off of the California Coast