On April 9, 2015, Dr. Robert Ballard’s Exploration Vessel E/V Nautilus and its Corps of Exploration will embark on their most ambitious expedition season yet, exploring sites ranging from the Gulf of Mexico to British Columbia through late September. Over six weeks of the six-month expedition will be dedicated to exploration and mapping of the Galapagos region, the site of the first hydrothermal vent discovery in 1977.

The public, scientists, educators, and students can watch the real-time action in high-definition streaming video and participate in live interactions with shore-based audiences via www.nautiluslive.org, a 24-hour portal bringing expeditions from the field to future explorers on shore via telepresence technology. The public can also follow the expedition on social media and through in-person live interactions at partner museums, aquariums, and science centers across the country

The 2015 season marks the transition of the vessel and operations of the Ocean Exploration Trust (OET) to the west coast of the United States and the Pacific Ocean, concluding over two years of research in the Gulf and Caribbean regions.

“Lewis and Clark traveled for more than two years and had to wait to return home to share what they’d seen. Now, the moment a discovery is made, scientists can virtually step aboard the ship and share findings in real time as well as help direct the minute-by-minute operations. This is a voyage of discovery everyone can make,” said Dr. Ballard, a National Geographic Society Explorer-in-Residence and President of OET.

Continuing the Corps’ mission to seek out the unknown ocean regions the scientific community has deemed a high priority for exploration, more than 200 explorers and scientists from institutions including Woods Hole Oceanographic Institution and Texas A&M University will conduct research ranging from the ongoing impacts of the Deepwater Horizon oil spill in the Gulf of Mexico to mapping the Galapagos Rift and investigating rarely explored regions of the California coast and Eastern Pacific Ocean.

Nautilus will spend the first two months in the Gulf of Mexico examining the biological impact of the 2010 Gulf Oil Spill as well as studying the fundamental behavior of hydrocarbon seeps as they disperse in the water column to better predict the impact of any future oil spills. Exploration in the region will continue with the examination of brine pools and cold methane seeps. Mussels living on these “underwater lakes” thrive in very low oxygen environments, existing on a symbiotic relationship with chemosynthetic bacteria and scientists are continuing to learn about how they are able to live in these inhospitable environments.

The team will also investigate an unexplored side-scan sonar target that that has high potential to be an 1800’s-era shipwreck and possible mud volcanoes in the region.

The ship will transit through the Panama Canal during the 100th anniversary year of the canal and begin seafloor mapping and exploration of various vent sites in the Galapagos Rift near the Galapagos Islands. This marks a historic return for Dr. Ballard who was part of the scientific team that discovered the first “black smoker” vents in the region in 1977. The discovery of hydrothermal vents and chemosynthetic organisms in the volcanic ridges in the rift was a revolutionary discovery in science that changed our understanding of life processes.

Following the work in Galapagos, the team will map seamounts off Mexico and then conduct research in the relatively unexplored region of the California Borderlands near San Diego and Santa Monica. Targets of exploration include examining the geologic threat posed by important faults that lie closer to important centers of urban population than the San Andreas Fault and an “air-ship wreck” of the rigid airship USS Macon and its attached biplanes that sank in the 1930s.

This season’s Pacific exploration locations were recommended by participants of the Workshop for Telepresence-Enabled Exploration of the Eastern Pacific Ocean held in December 2014 by OET and NOAA’s Office of Ocean Exploration.

In addition to its exploration and public outreach programs, OET engages formal and informal educators and students of all levels in Science, Technology, Engineering, Math (STEM) education and outreach programs. The Science Communication Fellowship Program brings educators on board to be the voice of the expedition to the public. The Science and Engineering Internship Program trains undergraduate and graduate students studying ocean science, engineering, and video production in the at-sea environment. The Honors Research Program invites rising high school seniors to participate in a summer research and exploration program with scientists. Beginning in 2014, OET began concentrating its suite of education and outreach programs within target communities in a newly launched initiative, the Community STEM Program bringing all of OET’s educational resources to specific communities to create generations of learners within a specific region.

“Our program exists to use the excitement of exploration to inspire and motivate the next generation of scientists and engineers, by bringing our expedition directly to schools, museums, homes, and mobile devices,” said Ocean Exploration Trust (OET) Executive Vice President and National Geographic Emerging Explorer, Dr. Katy Croff Bell. “Sharing the excitement of the moment of discovery with the public and students is a key part of our mission.” 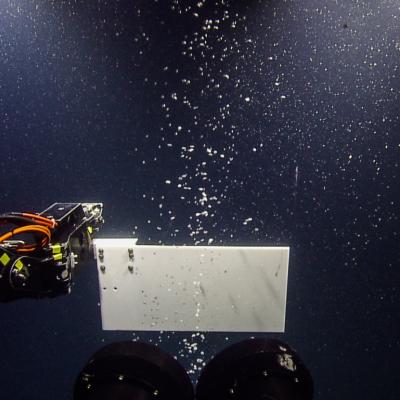 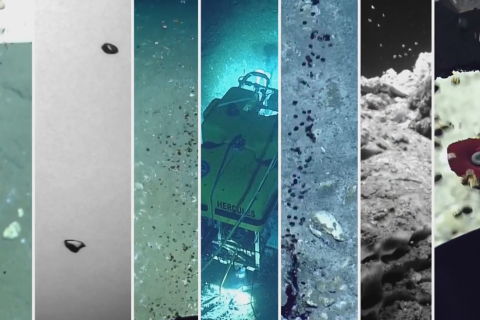 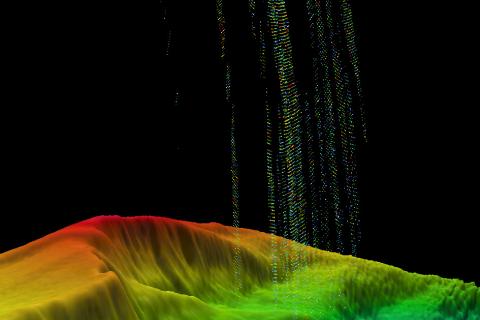 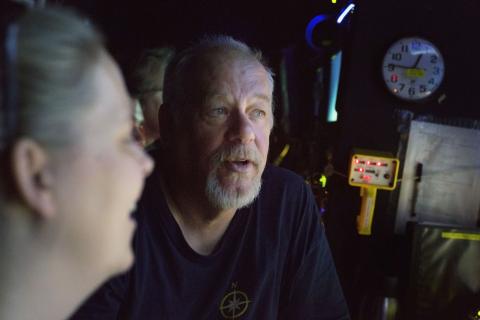