Life in the Extremes: Tube Worms

These tube worms are Riftia pachyptila also known as the giant tube worms. They were the first species of tube worms ever discovered while exploring on the Galapagos hydrothermal vents in 1977. The worms have no mouth, no gut, and no anus, and instead they get their nutrition from symbiotic bacteria that harness the energy and hydrogen sulfide and use it to fix carbon and make the food that feeds the worm. They live in a very dynamic environment and so have evolved to grow extremely fast and can reach a length of almost three feet in a year and a half. They are one of the fast growing organism on earth. The adult tube worms are attached and when a vent stops venting they will die. The sexes are separate and a fertilized egg grows into a larval form. They produce a larval form which swims in the water for up to a month and then will settle to colonize a new vent site. The worms produce hundreds of thousands of larvae for every one that finds an active vent and grows up to reproduce. 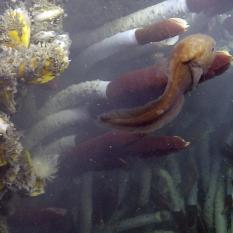 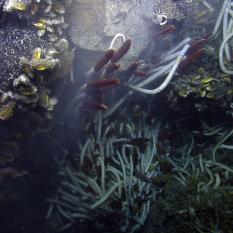 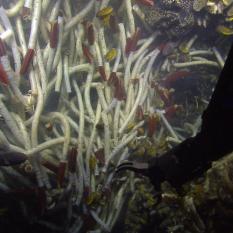 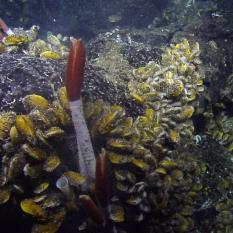 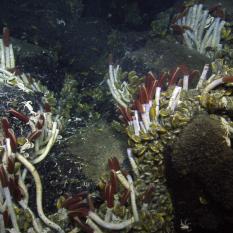 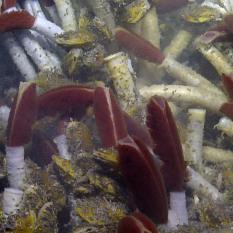 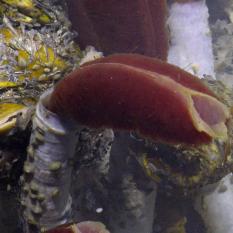 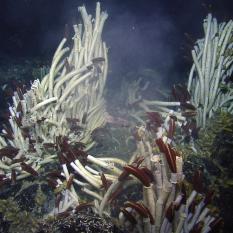 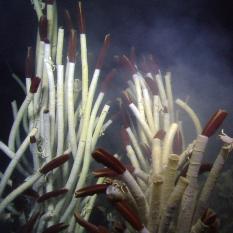 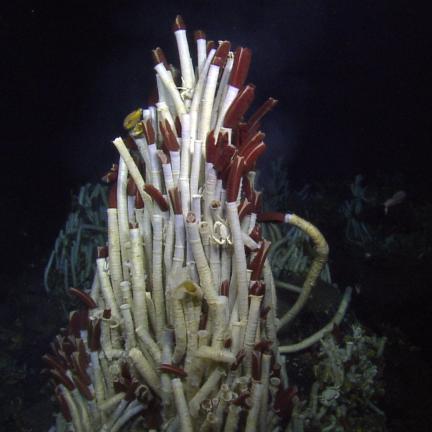 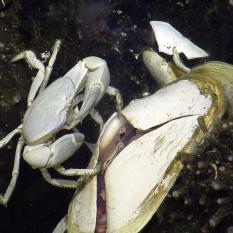 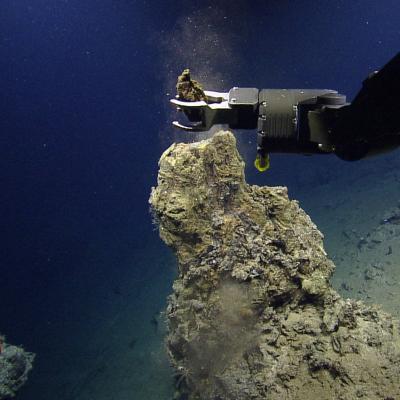 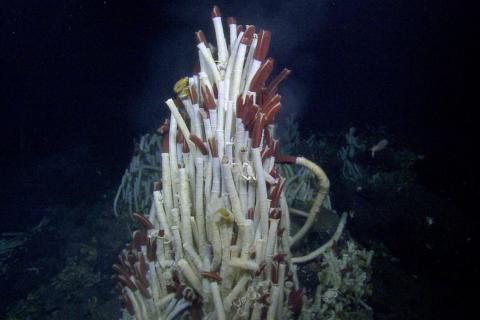 Giant Tube Worms of the Galapagos 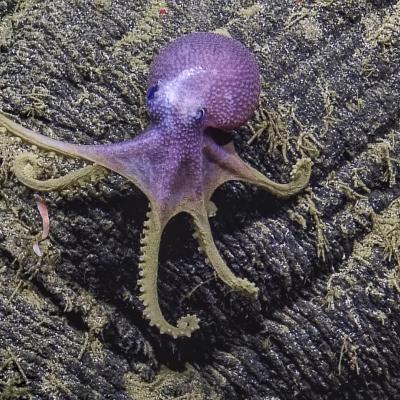 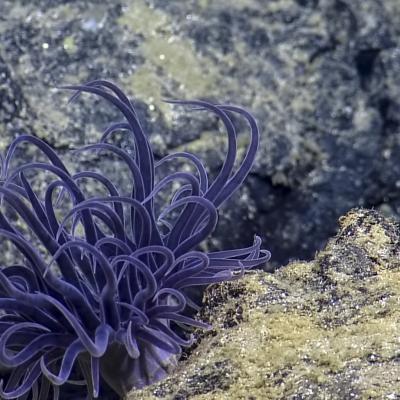 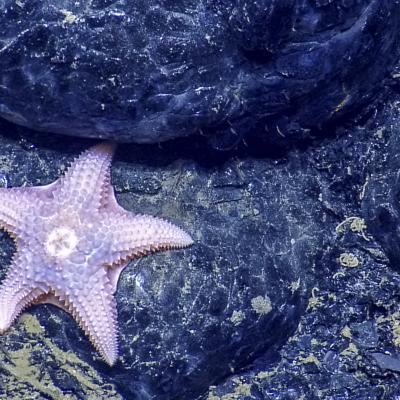 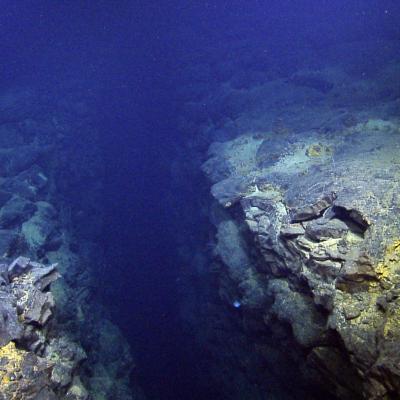 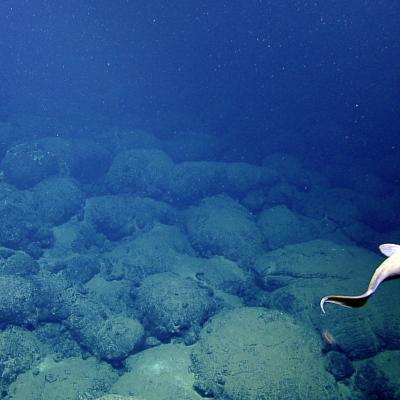 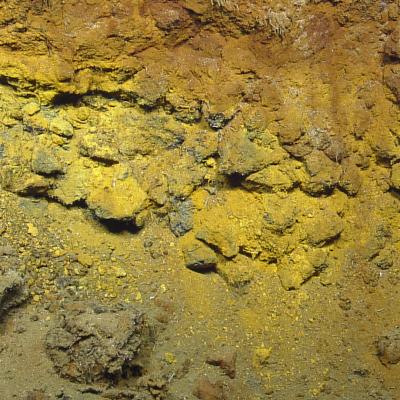 Dramatic Changes to the Geology of the Galapagos Rift